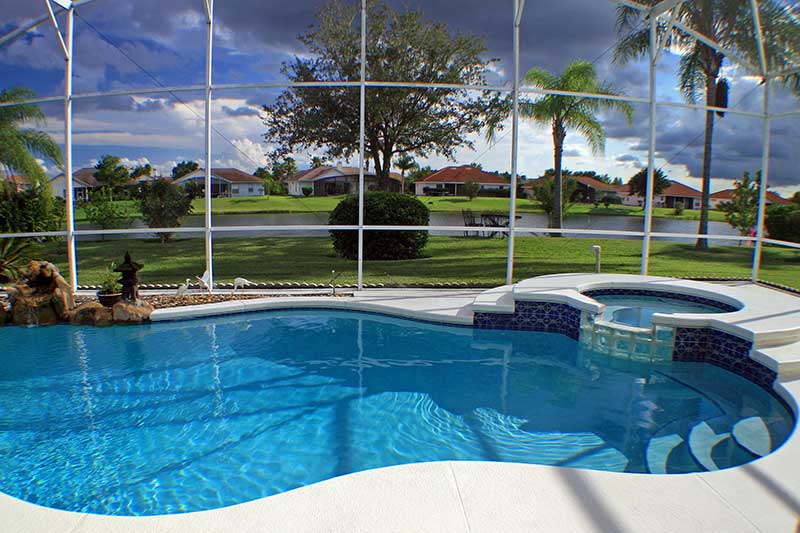 Backyard pools have become common especially summer time when temperatures hoover around 100F. Before considering building the pool one should consider whether the pool will be more of a payoff or hassle. Some of pros and cons to consider before building a pool include:

The first possibility to consider before starting building a pool is whether it will benefit you financially. Although at times you might not get a full return of the cost from the pool but it adds value to your home in case of sale. Apparently, building a pool adds home value by 5%.

Though building a pool adds home value, the financial risk involved is quite high. Building backyard swimming pool is a very large investment. The cost of building pools increases depending on the model, size, additional features and materials used to build the pool. Despite that a pool will make your pool highly valued during selling and also make it faster to sell, the losing money risk is quite high. Building a pool is not a onetime expense since it requires maintenance. Maintenance includes costs on utilities such as electricity and water, water accessories and balancing chemicals as well homeowner’s insurance.

The most and best rewarding part of building a pool not only comes from financial benefits but the fun the aquatic investment offers to the community and the family. This ranges from romantic dates to family reunions to gatherings as well as youth group meetings where pools bring the groups together. Building pools will offer spending of much quality time. Backyard pools help keep children safe and happy during summer which are quite cleaner than community pools. You can also use it for swimming which is a good exercise.

If not interested in pool sharing with neighbors and guests, such people may become very nuisance to you. In most neighborhoods, neighbors and friends will be more likely to invite themselves with no invitations to swim or lounge. In addition, building backyard pool becomes liability especially when kids are around. Allowing children to swim in the pool could lead to bruises and scrapes not forgetting risks associated with drowning. Since the pool now becomes private property, you become a lifeguard and if it gets to worse, the pool is closed.

Having a pool especially during summer is convenient as it offers fast refreshing gateway. Either your station or water workout, both are fast accessible. At such times since pools are in plenty and in daily use, the pool contracting and maintenance cost is quite low.

When you own a pool, routine upkeep of the pool and monthly upkeep becomes part of you. Such include, monitoring water restrictions and levels, chemical balances. These maintenance consumes money and time.

Finally, building a pool is neither a good idea nor a bad idea but all depends on the homeowner believe in building a swimming pool. The benefit of such a pool is either relational or financial. Deciding on not building a pool will lead to saving some coins but lack on enjoyment and fun associated with pools. Therefore, if you consider financial loss compared to fun you will not go for a pool but rather save on cash. Just in case you use your pool on only few months of the year, it is better to save on the cost that build a pool.